This is for the first time a film is associating with a television series instead of the simple gimmicks by actors, as is the custom. And that’s all; the concept itself is a remarkably exceptional one.  So what’s unique in a dance reality show? So here’s it – the show launches an all new dancing genre, The Happy Dance. It rejoices the complete happiness of dancing and not the methodical excellence of the dancer, something that’s in harmony with the film’s perception. Perhaps you are the worst dancer, but if you are the happiest dancer, you surely must to be on the show.

Spread across a five-week format and a multi-city tour, the HNY team, now called the Agents of Happiness, will be visiting Mumbai, Delhi, Ahmedabad and Indore to select the final entries that will get an chance to showcase their Happy Dance to the whole world. , attempts to offer a platform to those who feel happy when they dance and spread cheerfulness with their not-so-perfect talent.

The show’s format requires the film’s actors to be “Agents of Happiness”, and in this role, they will judge participants in four cities — Mumbai, Delhi, Indore and Ahmedabad via a joyride on a “Happy dancing” bus. The show, which will go on air Oct 11, has called for entries from dance enthusiasts across the country.

Dancers who have been shortlisted after their ‘Happy Dancing’ video have been shortlisted, will get a fortuitous to execute in front of the “Agents of Happiness”. Shah Rukh considers the show is a “perfect fit” for the movie, a heist drama which comes from his home production Red Chillies Entertainment.

Coming to his show, which takes film assimilation on TV and multi-city promotional tours for movies to the next level, he said: “It is an amazing brand fit for our film, which also is a story of how a group of non-dancers go on to win hearts because dances ‘dil se’.”

Shah Rukh apologised for the absence of the leading lady Deepika Padukone on her behalf and revealed that she is troubled with a bad throat ever since they have returned from their latest tour from the US.

However, the ‘men in black’ and their fun loving director added humor and cheekiness to the launch. Farah and Boman did a spontaneous jig, while Sonu and Abhishek entertained the audience with their bits of dance. So all Let Loose and Dance.

October 6, 2014 prerna Comments Off on Fawad Khan’s ‘Leap of Faith’ 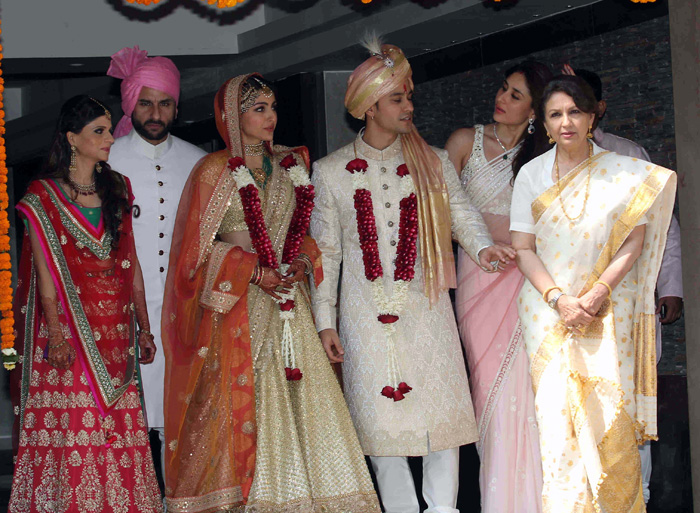