The last few days, Varun Dhawan has grabbed a whole lot of eyeballs with the teaser launch of his movie – “Badlapur“. The actor who will be seen in a rugged look for the first time, has opened up about his role, his look and lots more.

Varun Dhawan, who has earlier been seen in only light hearted roles admitted that shooting for this movie and getting into the skin of the character wasn’t easy. “I suffered a lot while doing this film. I can’t say that I enjoyed doing the film,” the actor said, at the teaser launch of the film.

LOOK NOT INSPIRED BY HAIDER

Post the first look and teaser launch of the film, many people saw a strong resemblance between the look Varun Dhawan sports in Badlapur and the look Shahid Kapoor sported in “Haider”. “The Student Of The Year” brushed aside these reference stating that Shahid played a boy from Kashmir while he plays an ad executive from Maharashtra. “Vikram dada, who is a National Award winner, has constructed this look along with other artists. So genuinely there is no reference for this look, except my brother Rohit Dhawan’s bearded look,” he said.

KISS WITH DIVYA NOT UNCOMFORTABLE

The one thing that has clearly caught everyone’s attention is Varun Dhawan’s kiss with the relatively older Divya Dutta. He however stated that kissing her was not uncomfortable at all and even added, “Why not? Look at her. She is so sexy.”

ON HIS VOICE IN THE FILM

When a role with such intensity comes along, it’s almost a given that the actor will have to work on his voice too, apart from expressions and body language. And Varun Dhawan is no different here. His character is rugged and aggressive and he needed a voice that matched that persona. The actor spoke about this and stated, ““I tried modulating my voice, and talking which was difficult. I tried different voices. I have used a bassey voice, a deeper voice for the film, even in the few lighter, comic scenes in the film.”

The film, which releases in Feb 2015 also stars Nawazuddin Siddiqui, Yami Gautam and Huma Qureshi and will see Varun Dhawan moving away from comedy oriented roles for the first time.

August 7, 2014 Today Bollywood Comments Off on Get ready to see a Bollywood version of ‘The Fault In Our Stars’ 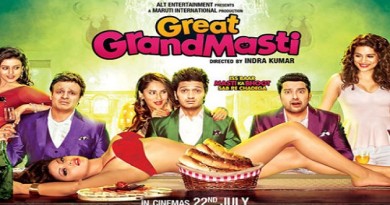 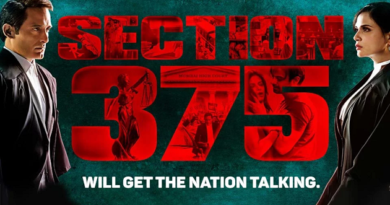