Ranveer Singh (Bhavani), the Sindhi Chora, the heartthrob of Bollywood and also a cousin of Bollywood’s Diva Sonam Kapoor is swiftly climbing the stairs of success. In a brief period of four years he has already become a big star and is on the heights of fame and success. With a following of 6,69,000 on Twitter (official) 21, 034, 83  likes on Facebook (official page) and 103294 on Instagram Ranveer is also ruling the social media. He is equally there on T.V. and all the time on magazine covers and newspapers and also the leading face of many popular brands.

Make him stand in a crowd and he will charm everyone. He amazes, he shocks, he rejuvenates, he allures. Known to be a live wire Ranveer has time and again made us go WOW … OOO … OHHH.. and AWwwwW. Be it girls or guys everyone is a big fan of this guy! Needless to say he has many qualities that make him so desirable. Let us try to figure out some –

Ranveer Singh breaks monotony and dares to do something new, something cool, something sexy every time. He has not carried the same old look and rather been on his toes. He has dared to always go experimenting, with his face, his moustache, his hair, his beard. And Ranveer has needless to say got better each time.

Be it his ‘Ram-Leela’ stint where he spotted that long Rajasthani moustache curling on the edges or his long hair in the same film, he killed both ways.

Right before Ram-Leela we saw him in a clean shave in ‘Lootera’. And he looked incredibly good that way too! And after ‘Ram-Leela’ he was spotted in stubble for ‘Gunday’. He looked great even then.

And these days his ‘My Name Is Ranveer Ching’ video is trending on television and Ranveer looks sassy and crazy in those strange clothes, the high boot and spikey hairdo.

Icing to the cake, he recently posted on Twitter announcing that he will soon be seen bald –

“The countdown to my ‘Mundan’ begins ….yikes! 😮 ” tweeted Ranveer.

Ranveer is unapologetically dynamic or should I say dynamite? Always upto something new Ranveer is a real daredevil. For some examples, let’s talk about his association with the condom brand durex. Ranveer said in an interview that he always carried a Condom with him – “”Well, I always do. And if there are guys out there who don’t, then they absolutely should” on being asked about his endorsement of the product. Not only that, he featured in a full -fledged video dancing to ‘Do the Rex’ and promoted the concern of sexual heath and endorsed condoms unabashedly. With that alone he has become a prominent youth icon.

Another example could be his graceful acceptance of buddy and actor Hritik Roshan who as a part of his promotions of ‘Bang Bang’ posed him a challenge and Ranveer went out on the roads of Mumbai , dancing in a Krish Mask and Costume.

And again, Ranveer Singh killed it with his quirky, crazy, saucy number ‘My Name is Ranveer Ching’ endorsing yet another brand.

A PHYSIQUE TO DIE FOR

Oh yes, he is a Bollywood star and caters to the Bolly lovers and we are crazy about muscles, and he has got them! Ranveer’s toned body is another thing which adds to the list of what makes him so desirable, so fashionable and so charming. Be it in ‘Ram-Leela’ or ‘Gunday’, Ranveer has killed it all the way.

In one of her interviews Ranveer’s co-star Anushka Sharma said that Ranveer knows how to charm women. He is allegedly dating one of the loveliest ladies of the industry – Deepika Padukone and has always been in news for his many liaisons and attractions. He is a lady-charmer, aadat se majboor; Ranveer can easily win any heart as he is brim with charisma and masculine charm.

Ranveer’s choice of films has always been classy. From his first to his latest each flick he has done has got something new on the palatter. Ranveer certainly made a wise choice doing a ‘Band Baja Baraat’ for his debut and though the second one – ‘Ladies vs Ricky Behl’ didn’t do so well he did not stop. His career graph has only seen a contant raise and it is going likewise. His most recent ones which include ‘Lootera’, ‘Ram-Leela’ and ‘Gunday’ have all been different and unique. Ranveer is a true entertainer, a challenge taker, a rule breaker. Even in his cameo in Finding Fanny he won hearts with his priceless expressions in brevity. And his upcoming films of which the trailer is just out – ‘Kill Dil’, once again after ‘Gunday’ will have Ranveer in a grungy yet funny avatar and am sure we can just not wait. ‘Dil Dhadkne Do’ and ‘Bajirao Mastani’ are two more films in the list, releasing next year and fans are of course already thrilled. Why not they will be? Ranveer Singh has got it all after all.

This is strange though true that Ranveer is loved by many and so is his best mate Arjun Kapoor, but most of all they are adored as a duo. Their bromance has never been able to hide from the camera. They have neither ever tried to skin it. On Koffee with Karan we got a treat to watch the two friends who claim to know each other much before both of them became actors and instantly connected for their common love of crazy dancing. We have also got to watch the lovely bros (or BABA (s) as they call each other) in the film ‘Gunday’ and then Ranveer making a special appearance in Arjun’s ‘Finding Fanny’.

They have never refrained from posting pictures together, making crazy statements together and going about with their PDA. And we love them and we love Ranveer. His bromance with the gareebon ka wolverine is extremely adorable and somehow makes Ranveer even sexier. Doesn’t it?

Time and again Ranveer has proved his mettle as an actor, a dancer and entertainer and we are for sure going to stick with him, love him and whistle every time he does a tattad tattad. 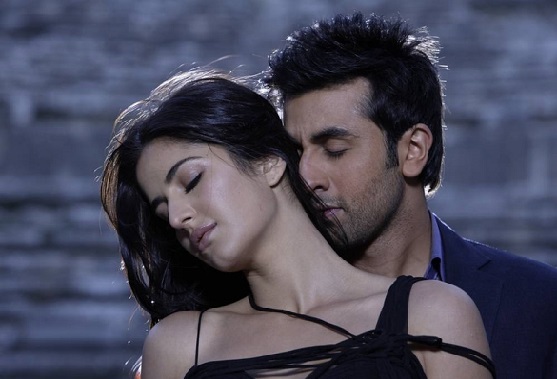