Its Insane Inside
December 16, 2014 Today Bollywood

New Delhi, December 16: Amir Khan’s PK and Big B’s Pa share the same ‘reputation’ – of being mistaken as ones from a tribe of drunkards.

That character PK in Amir Khan’s much anticipated year end film ‘Peekay’ is a teetotaler is given, though it echoes exactly the general ‘alcoholic’ atmosphere of India in December. This was disclosed in the promo of the film itself wherein Anushka Sharma lets the cat out of the bag, saying PK has not tasted even a drop of alcohol but curiously enough, all still call him PK. It is as if PK’s odd and uncanny demeanor with his childlike curiosity (somewhat like British TV funny character Mr. Bean, having audiences in splits) has earned him this PK sobriquet.

Big B’s Pa too was pitted against the same situation. Lest Pa begets misunderstanding like PK does, it must be clarified that pa on the carpet here does not have anything to do with Big B’s film of the same name. This Pa is Big B’s real father late Harivansh Ray Bachchan whose hindi poem collection Madhushala meaning pub gave rise to the same misreading. Those who did not know the fact thought that Harivansh Ray Bachchan must be a regular in alcohol and he must have written the iconic collection Madhushala PK (while fully drunk or ‘talli’, to use the hindi slang). The fact was the poet was a teetotaler and a strict disciplinarian.

Interestingly, Amitabh Bachchan clarified this misreading about his father’s Madhushala (pub) in the midst of boozing buzz around PK. In a Conclave organized in Delhi by a big media house last week, Amitabh Bachchan, without referring to PK, spoke about buzz around his father’s iconic masterpiece Madhushala when it was created. Going down memory lane, Big B said, ‘Babu Jee never drank alcohol, not even ever touched it.  Readers would be surprised thinking how he could delineate pub so passionately without ever frequenting it.’

The name Madhushala literally means pub and if one does not know the reality and does not delve deeper into the meaning, lines literally suggest that poetry is about a pub and that of drunkards. Its transcendental and metaphysical meaning is very difficult to come to ordinary mortals. Today the name of the film PK does not provoke people a bit but in 1933 when Madhushala was written, it was a revolutionary thought.

At that time people protested arguing Madhushala would be a bad influence on younger generation. The protesters complained to Gandhi ji who in turn read the collection and gave a clean chit. Big B said that one line of Madhushala inspired him much (Rah Pakad Tu Yek Chala Chal pa jayega Madhushala–take a path and keep going, you will reach the pub) while he was going through a very bad time of life. Thankfully, despite utter failure of ABC Company and his father’s enticing poetry, Big B did not go for alcoholic bouts. Save some sporadic social drinking, Big B too is not PK. I mean he is also almost a teetotaler. Keshto Mukharjee always seemed in an inebriated state, his role in films too invariably would be of a drunkard, yet he was like PK (in reel) and Big B’s Pa (in real) a teetotaler.

November 6, 2014 prerna Comments Off on Ranbir Kapoor does a Sanjay Dutt biopic 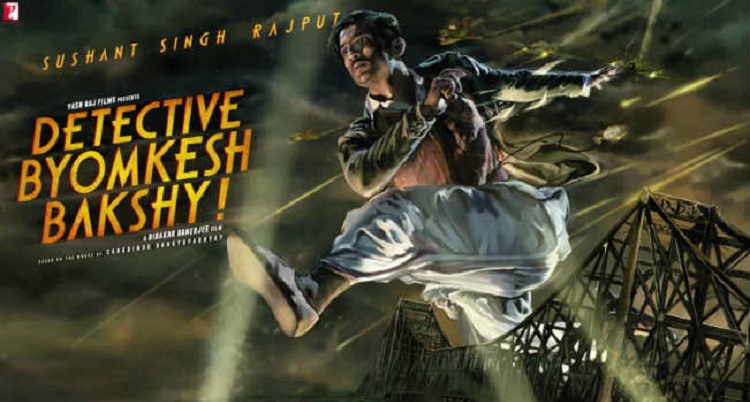 January 8, 2015 Today Bollywood Comments Off on Detective Byomkesh Bakshy Motion Poster Is Out!

A TALE OF TWISTED RELATONSHIPS

August 11, 2014 Shrimi Comments Off on A TALE OF TWISTED RELATONSHIPS