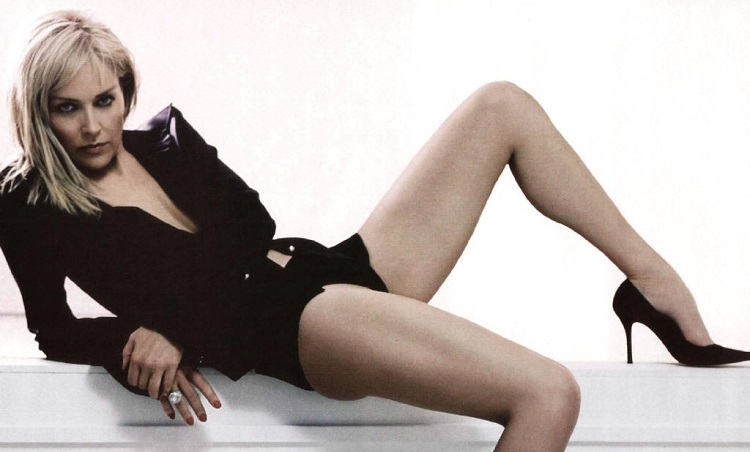 Sharon Stone’s lingerie less leg crossing left only a little to the imagination. And for that ‘little’ unseen, she has become an eternal fixture in the realm of every man’s fantasy. Her signature sexy leg crossing pose cast her eroticism as though in stone-indelible for ever. The 1992 Hollywood thriller grossed hugely at the box office, thanks to this scene. Film buffs went crazy and repeated Basic Instinct umpteenth of times just for that steamy leg crossing as if the next time they would have the glimpse of that ‘little’ left unseen.

The titillating story is the director asked Stone to take her under wear off, saying its brightness was interfering with the camera. Gullible that she was, she could not smell the booby trap. As she took her lingerie off, the camera clicked on the sly. When she came to know of it later, she initially showed anger but cooled off without much fuss. This scene also created history for being most paused one scene so far.

Other element adding value to the eroticism was that Sharon Stone was in person in all the intimate and steamy scenes. So the chemistry between Michael Douglas and Sharon Stone seemed real life sex encounters. The shooting of the main sex scene in the film staggered on for about a week. The sexy scenes in the film made Sharon Stone Lovehoney ( Lovehoney is the name of the sex toy company which got the voting done) of all time.

Stars who knocked down the Bollywood stereotypes!

November 27, 2014 Swati Chincholikar Comments Off on Stars who knocked down the Bollywood stereotypes!

What made hot and sexy Sunny Leone conscious on sets of Pink Lips?

July 2, 2014 Today Bollywood Comments Off on What made hot and sexy Sunny Leone conscious on sets of Pink Lips?