Priyanka Chopra, the social butterfly recently tweeted a sneak peak of her look as Kashibai in her upcoming film, ‘Bajirao Mastani’, directed by Sanjay Leela Bansali.In the Twitter picture, PC has her hand decked up in typical Marathi style with rings.

Initially, it was only a picture of a hand but now, the entire look has been leaked. Priyanka is seen wearing a Maharashtrian saree with a pair of earrings and a bindi on her forehead. The glamour doll looked every bit of a traditional Maharashtrian woman in that attire. The look has increased the curiosity among her fans and they are eagerly waiting to watch her in the film.

The film is based on a love story between a warrior, Bajirao and his second wife, Mastani. All the characters in the film are making the headlines due to their respective makeovers. Ranveer Singh will be seen playing the role of a Maratha general while Priyanka will play the role of his first wife, Kashibai. Deepika Padukone who is also a major part of this film will play his second wife, Mastani.

A few days ago, Ranveer Singh’s bald look was leaked on social media platforms, now Priyanka’s Maharashtrian look has been revealed too. What we are looking forward to is Deepika Padukone’s look which has been kept under wraps.

The latest addition to this is that director Sanjay Leela Bansali has roped in bouncers so that the details about the film are kept under wraps and the actors too have been asked not to carry their cellphones on the sets. Mr. Bansali is known for his dramatic sets, deep characters and a secretive persona. May be this could be the reason the bouncers have been roped in before Deepika’s look gets revealed.

Bajirao Mastani is his dream project and is scheduled to release in December, 2015. The film will be shot across Madhya Pradesh, Gujarat and Rajasthan. 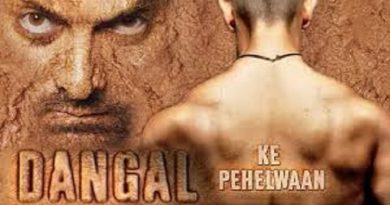