It seems to be that ever since Diandra became the captain of the house, Gautam is only looking for reasons to piss her off, more and more. A couple of days back, he was caught sleeping and even after Diandra pointed it out, he seemed to continue to do so, just to irk her off. He has even been pointing out anything and everything that he sees is not in order in the house.

However, one such incident took a wrong turn yesterday when he pointed out a polythene in the kitchen that was out of place. He spoke about how the house is classy and that dirty polythene was just ruining the look.

Praneet, who was also in the kitchen at that moment, finishing up his work, told Gautam to lead by example and put it back himself. Gautam refused to do so, and wanted to find out whose job it is. He even tried asking Diandra, but the conversation didn’t really go anywhere. Praneet, however, finally told Gautam that he’s too tired after finishing all his work, doesn’t want to indulge in this conversation and that he will put the polythene back to where it belongs.

Gautam, who was clearly in no mood to end the conversation, decided to continue it with Puneet Issar and Pritam outside. Praneet joined them soon afterwards and was clearly irritated that this was still a topic of discussion.

After controlling for quite a bit, Praneet finally lost his cool and started screaming at Gautam. While the latter kept his cool for a while, he ended up screaming at Praneet too, later on. The war or words between the two became so intense, that the rest of the housemates came out and Upen had to intervene and take Praneet aside.

At this point, Gautam even taunted Praneet for standing with Upen and Arya, telling him that it was he who has supported Praneet all this while in the house. Praneet did not take this statement lightly and retorted back with anger too. The situation finally did settle down later when Puneet egged the two men to hug it out.

This is not the first time the Praneet and Gautam have fought with each other. Over the last few days, the two have come at loggerheads quite a few times, sometimes, owing to a dispute in task, and sometimes, owing to Gautam’s constant nitpicking behaviour and negative talks.

Karan Grover Singh and Jennifer Winget Together No More?!

November 29, 2014 Vigya Atri Comments Off on Karan Grover Singh and Jennifer Winget Together No More?! 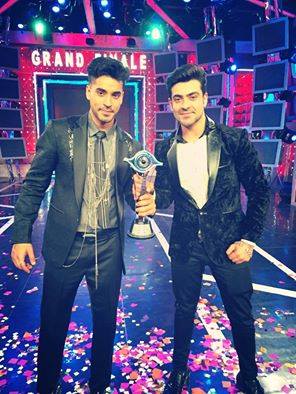 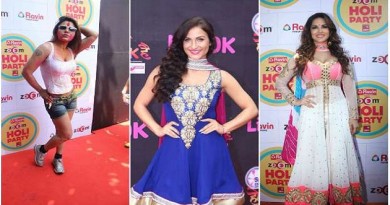