Bollywood’s biggies have always targeted public holidays and festivals for their respective film releases. Initially, it was Salman Khan who always targeted Eid for his film releases. And it always worked in his favour. Watching his progress, other stars like Ajay Devgn, Aamir Khan, Hrithik, Shah Rukh Khan, etc followed suit.

This Diwali, it’s nothing different. Farah Khan presents Happy New Year starring SRK, Deepika Padukone, Boman Irani, Abhishek Bachchan, Sonu Sood and Vivaan Shah. The film releases on October 24, 2014 (Diwali). While many will give you reasons why the film won’t work, I thought of doing things differently and will pen down reasons why the film will tick and enter the 100cr club…

The filmmakers have targeted the festival of Diwali to release the film. Since it’s a public holiday as well as a festival, many will hit the theatres to enjoy 3 hours of entertainment with friends and family. Since it’s a big release, the theatres will be filled with people rushing to watch the film.

When it’s a big release, why not talk about the lady of the film? Here she is the sole woman and a hot one indeed. While many will watch the film for Deepika, I definitely want to hear her accent in this film. After hitting the high note with the mallu accent in Chennai Express, this one should be as easy as snapping ones fingers.

In the past few years, Indians have flooded the streets of Dubai, either for a holiday or for a job. My Facebook wall was filled with people updating statuses and uploading pictures of Dubai. So for the ones who didn’t get an opportunity to put their foot in Dubai, this one’s definitely for you. Watch the film and catch a glimpse of snippets of the place.

Yet another Bollywood film to give ideas to people on how to make the big bucks. Bollywood has never failed to impress me with their talent of acing robbery stories. This one’s no different. Dhoom was the baap of robbery stories but others didn’t fail to try their hand at it. Another movie to join that club is none other than Happy New Year.

Last but not the least, the star cast of the film. Except for SRK and Deepika, none of the others have worked together in a film. This is SRK and Deepika’s third venture together. The first one was Om Shanti Om, Chennai Express and now Happy New Year. Since their pair has worked in the past, this time won’t be different.

The film will definitely be filled with masti, drama, dancing and not to forget the dishoom dishoom (without whom the film will be left incomplete). For many, this Diwali is definitely going to be a Happy New Year. 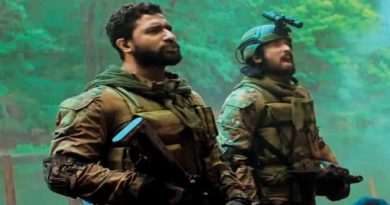