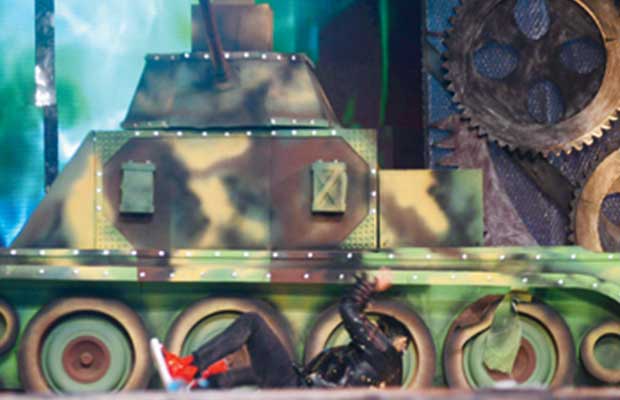 The new chocolate boy of Bollywood and Student Of The Year star Varun Dhwan while performing at the Life Ok Screen Awards fell on the stage while performing to a mix of songs from his films.

However, Varun did not give up. Like a real Star he despite having hurt his foot, got up in a few seconds and resumed dancing.

Varun’s performance included a special entry over a tank. Despite weeks of practice, things were not in his favor and this accident happened. Though, Varun like a brave-heart swallowed the pain and lived by the saying ‘the show must go on’.

We also hear that like a true rockstar he ended in style by bringing up Deepika Padukone on stage and shaking a leg with her. He ended the act with his famous track Besharmi Ki Height from the film Main Tera Hero.

Now Varun, you truly are a HERO! We applaud your spirit!

Alia Bhatt to romance Ranbir Kapoor in Karan Johar’s next

July 22, 2014 Today Bollywood Comments Off on Alia Bhatt to romance Ranbir Kapoor in Karan Johar’s next