As revealed Dimpy Mahajan, Rahul mahajan’s ex-wife is one of the wild card contestants to enter the ‘Bigg Boss’ house with a lot of drama tonight!

We all know Rahul shot to fame after he participated in ‘Bigg Boss season 2’. The TRP went up after he made a voluntary exit from the show. And now ex- Mrs. Mahajan, Dimpy is ready to enter the show and is expected to take the rating of the show to a different level.

‘Dimpy became a famous face after marrying Rahul on reality show ‘Rahul Dulhaniya Le Jayega”. Reports have claimed that their marriage wasn’t working after they tied the knot and the couple is now getting divorced and their case is pending in the court.

Dimpy says she has no game plans for the house because the game and people change with every day. She wants to become everyone’s favourite in the house, she adds.

When asked to Dimpy about her favourite contestants in the show, her answer was Pritam because he has a sense of humour and knows how to handle a situation without getting into conflict. She also finds Sonali very amusing and how she misses Gautam who according to her is the entertainment king and she enjoys watching him on the show!

On physical violence Dimpy says, “If anyone raises his hand on me, necessary steps will be taken to counter that. I’m sure Bigg Boss will himself look into it”. Dimpy also said that she wants to become the first wild card contestant to win the show.

Since Dimpy has been observing and watching all the episodes from the beginning, let us see how does she tackle every contestant or if she believes in going with the flow. 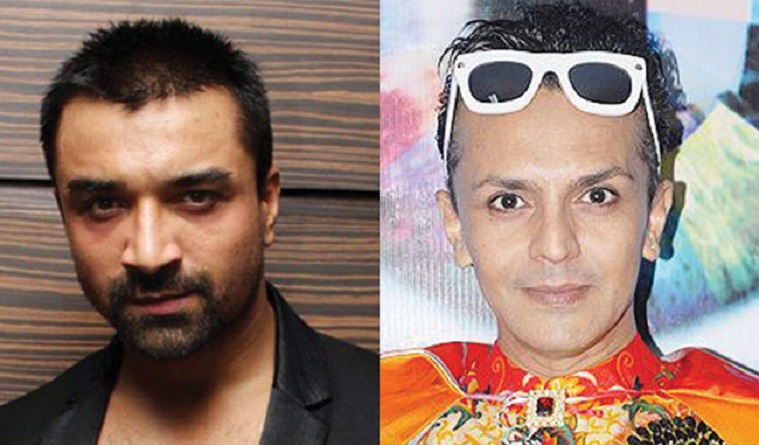 ‘Bigg Boss 8’ – Did Karishma Manage To Annoy Salman Too?

November 11, 2014 Vigya Atri Comments Off on ‘Bigg Boss 8’ – Did Karishma Manage To Annoy Salman Too?

The latest eviction from the Big Boss 8 house: Natasa Stankovic